The Library would like to announce the winners of this year's Christmas Hampers! Congratulations go to Adrian Knight, Chris Berry and Shea Cavanagh (not pictured), who all won hampers for Booth Lane, Daventry and Lower Mounts respectively. Well done also to Dave Owens and Ashok Dave who won runner-up prizes at Lower Mounts.

Also taking place was the draw for the students that took part with the Library Christmas puzzles. Our lucky winners are Joan Williams, Kit Boardman and Orgeta Ballo who have each received a seasonal prize!

The hampers returned this year after a two year absence with the aim to raise funds for this year's chosen charities. An amazing total of £362 was raised between the three Library centres. Booth Lane and Lower Mounts raised a whopping combined £255 for Cransley Hospice, in memory of our former colleague, Daniel Stannard. Meanwhile, Daventry raised £107 for Mind in Daventry, which was presented to Paul Marshall, Local Services Manager for Mind in Daventry.

We would like to thank all staff and students for their generous donations towards the Library's fund-raising efforts, especially during the current circumstances. It is truly appreciated. 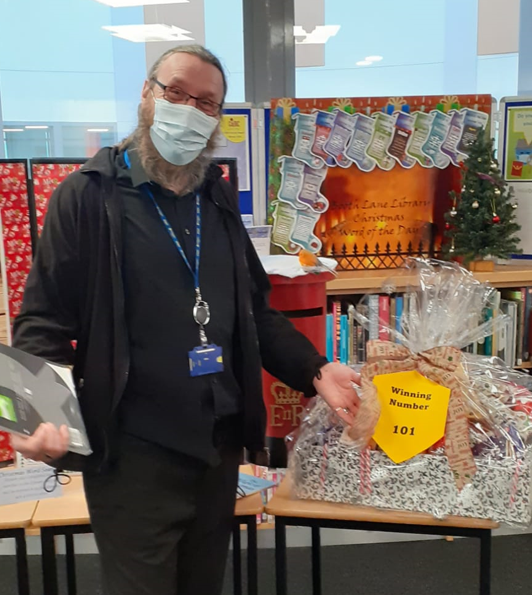 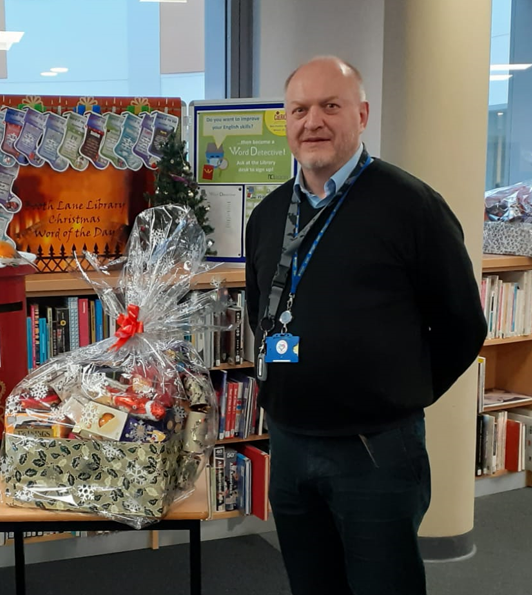 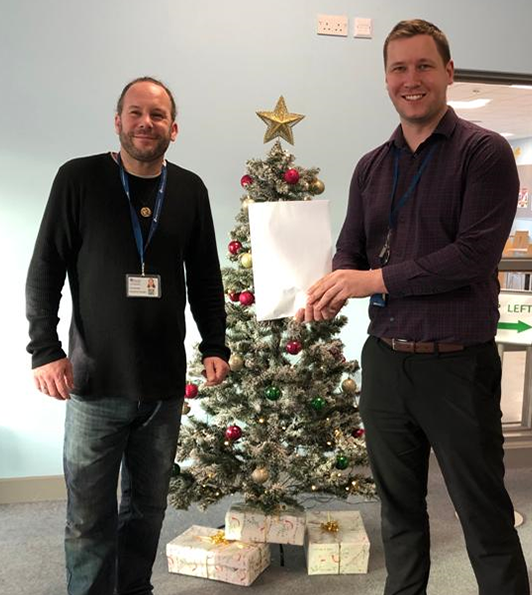